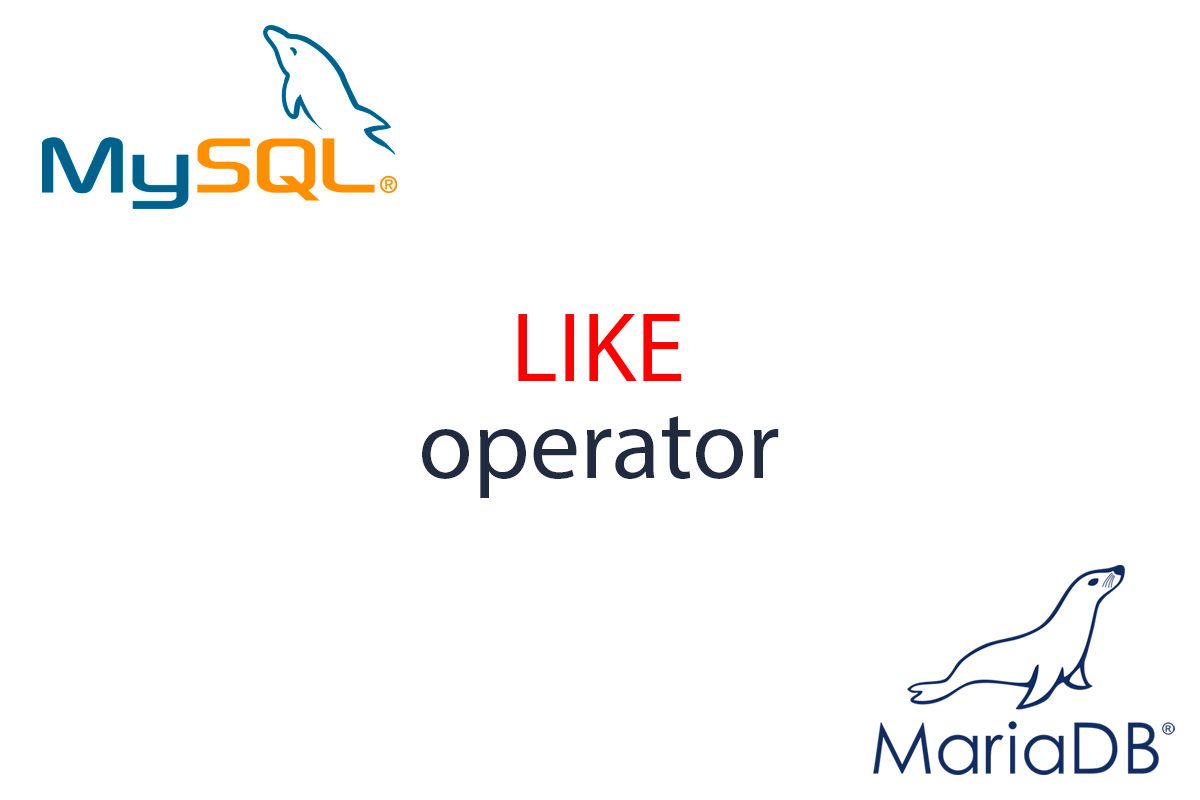 In today's article, we'll talk about how to use the LIKE operator in MySQL and MariaDB in your SQL queries.

The LIKE operator is used in a clause together with the WHERE clause to search for a given substring in a column. For a better substring search, so-called patterns are used. Patterns are special characters that can stand for anything. There are only three template options. The first pattern is the percent sign (%), the second underscore (_), and the third is square brackets ([ ]).

To check how the LIKE operator works, we will be on a table that I created called it_inzhener_like and this table will have only two fields, an id field and a title field.

And in this table, I added a couple of lines on which we will check how the LIKE operator works. 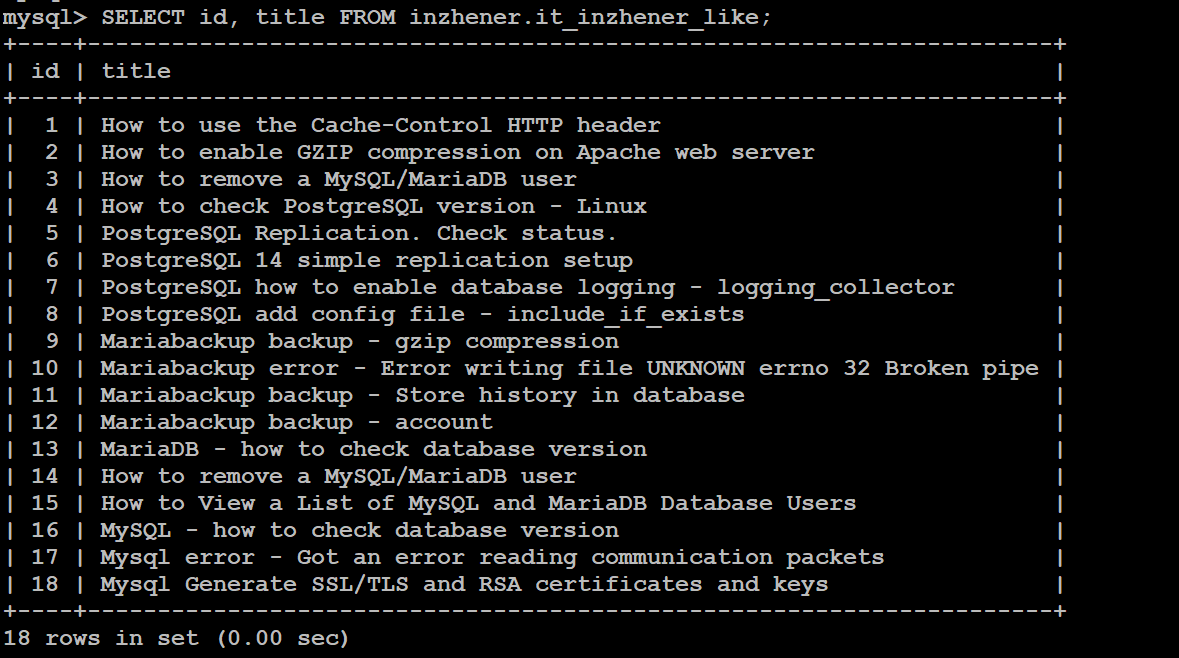 In the first example, we'll use a pattern to search for the percent sign (%), and we'll look for articles that start with the letter M followed by any number of characters.

sql> SELECT title FROM inzhener.it_inzhener_like WHERE title LIKE 'M%';

If we didn't use the percent sign (%) pattern, we would end up with zero records.

Now let's find the articles that end with the letters er, and we'll use the same pattern percentage sign (%).

sql> SELECT title FROM inzhener.it_inzhener_like WHERE title LIKE '%er';

Now let's check out the one you'll be using on your site. We will look for articles that contain a MySQL substring followed by and before this substring and followed by any number of characters. We will use the same template percent sign (%), but we will insert this template at the beginning and end of the substring.

sql> SELECT title FROM inzhener.it_inzhener_like WHERE title LIKE '%mysql%';

As you can see, as a result, we got the title of an article that contains the word MySQL at the beginning of the line and in the middle.

To organize a search on your site, this option is more suitable than the ones I showed above. 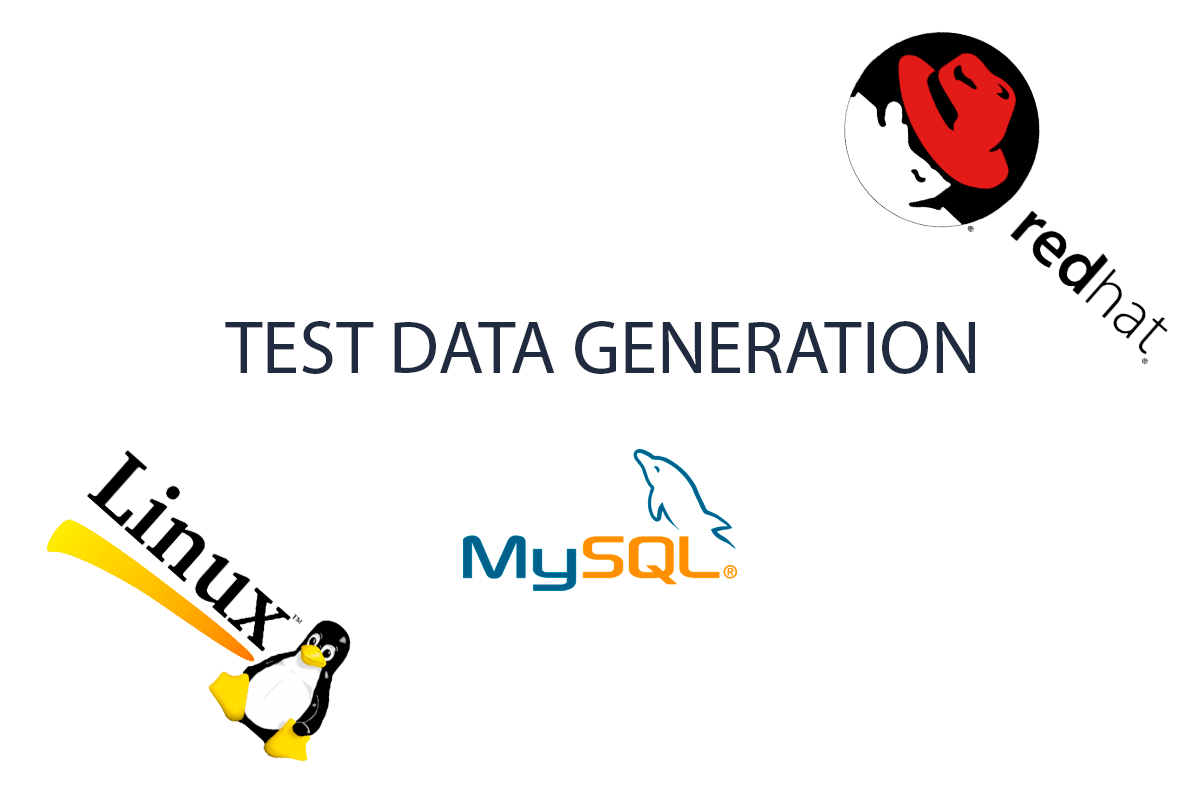 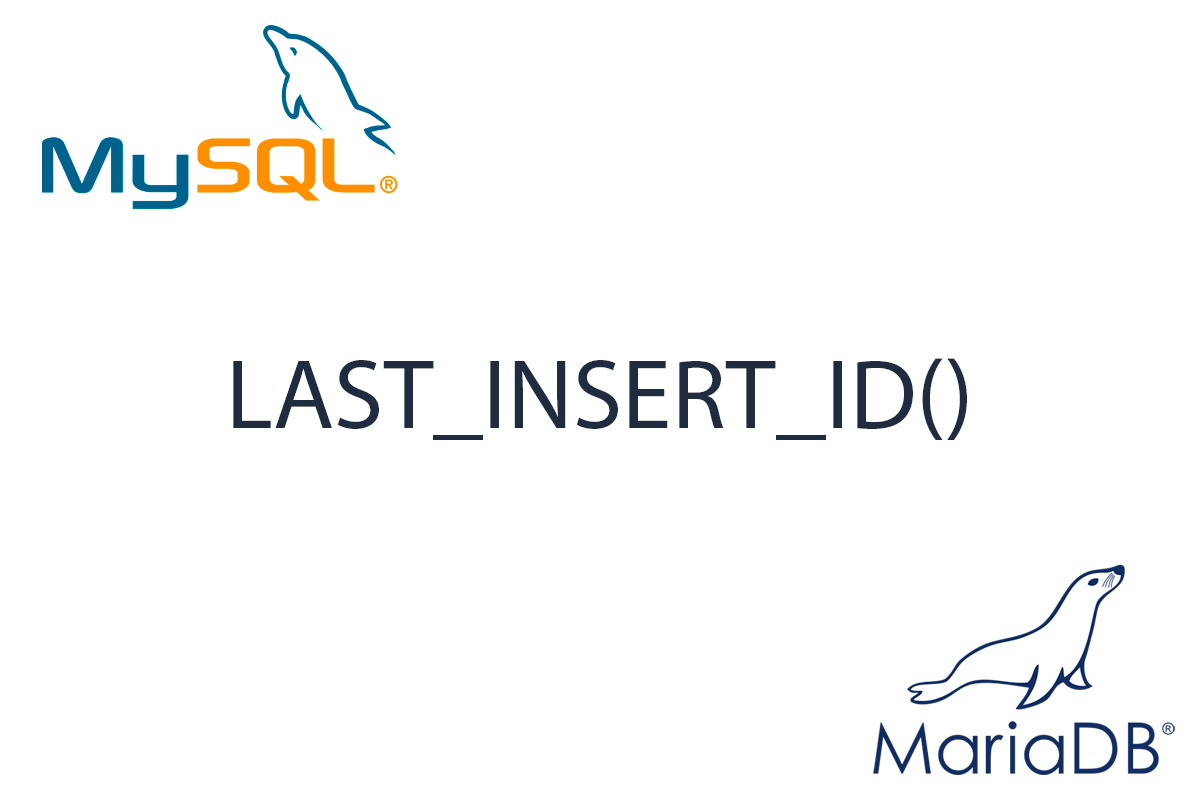 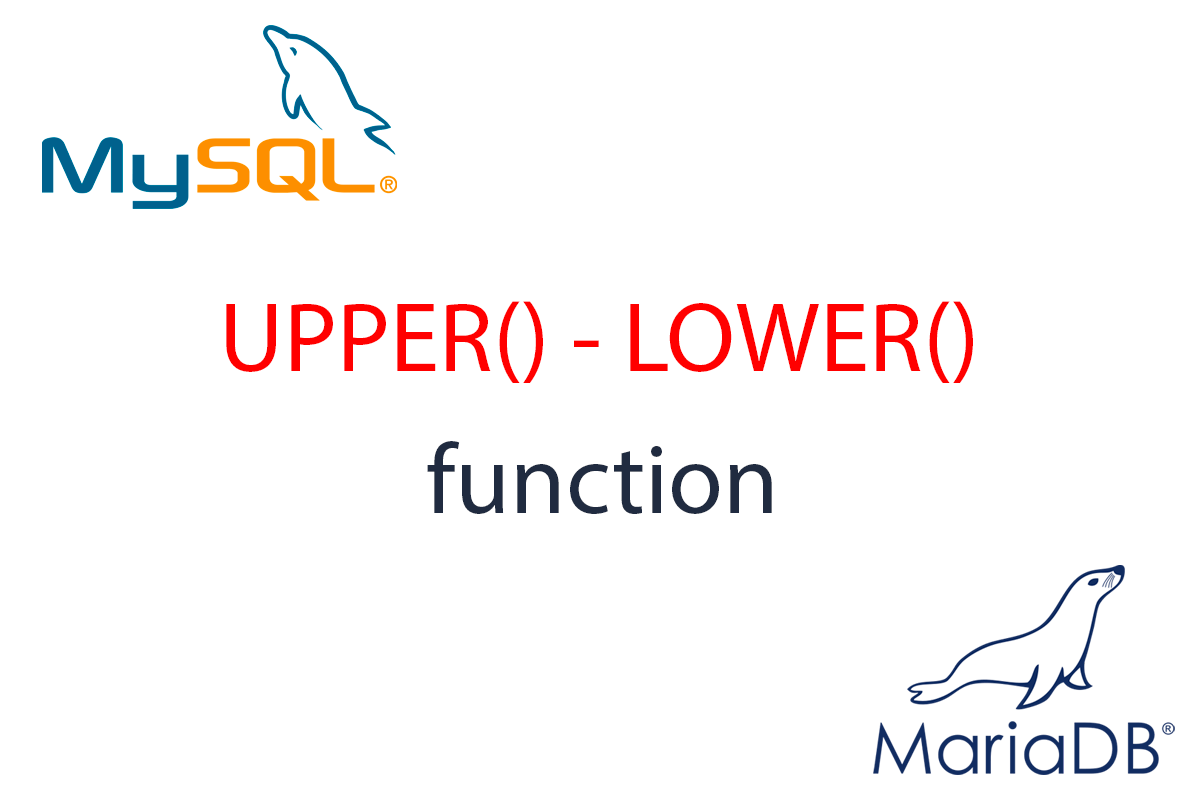 MySQL/MariaDB How to convert character case - UPPER and LOWER functions